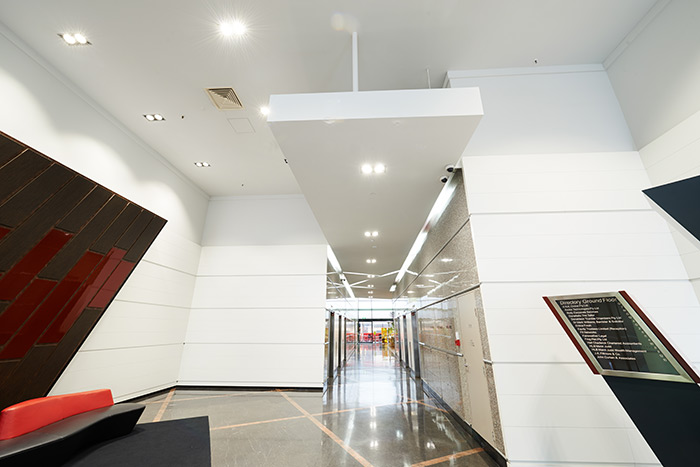 These are exciting times for the LED market. The sector is booming and big changes are looming in the commercial side of the industry. It seems that the majority of the key trends are centred around the role of data, connectivity and the communication of lighting systems.

The uptake of the Internet of Things (IoT) is certainly playing a major part in this. We are seeing the technology furthering its reach and influence on lighting, and this means that the connectivity of a lighting system no longer has to stay within the walls it is housed in. Connected lighting can integrate with other systems in a building or city, creating new synergies and efficiencies. This has been dubbed the ‘system of systems’ within the IoT.

When it comes to the IoT, it’s all about the data. Connected devices are connected solely to gather and share information about themselves and the environment in which they operate. But how will this data be used in a lighting sense? Well there are a number of ways, which we will discuss below.

Getting a Sense of Things

Sensor networks are being touted as one of the most pivotal aspects of IoT technology. By intelligently installing sensors into a space, data can be collected to optimise an environment. This means that facility managers can analyse data collected from illuminated areas and optimise a lighting design to match the usage. They can deliver light when, where and how it’s needed, based on insight generated from the data. As the price of sensors continues to plummet, along with data storage, networking chipsets and processors, we’ll see widespread uptake throughout public and professional spaces.

Checking in With Operations

A connected luminaire is similar to a computer on a network. It can share data about its current status and operation. It can also receive dimming and switching commands. What’s more, when luminaires make their information available in standard or published data formats, it can have a dramatic effect on the performance and lifetime of LED light sources. This information can include everything from internal temperature measurements, to dimming level or energy consumption – something that will prove invaluable in commercial lighting.

A connected lighting system doesn’t just stop at the door. It can integrate with other systems in a building or city, to communicate in a way that was previously unthinkable. This ‘system of systems’ offers more functionality than simply the sum of the constituent systems. This is where we’re going to see the most dramatic impact of IoT.

Another major advantage of connected lighting is bidirectional data flow. This allows for the monitoring and management of lighting systems in real time. So data can be consumed, processed and transferred from anything to anywhere. Connected lighting is changing the face of lighting as we know it. The times where a system manager could merely switch and dim will soon be behind us. Now they have the ability to adapt to changing conditions and maximise efficiency like never before. Not only that, they can also monitor the lighting in real time and make decisions that are based on intelligent data that is focused on the most important people… those who are actually using the lighting.

When we hear the word ‘warehouse’ we often picture a gigantic hall, full of machines whirring and forklift trucks zipping around. However, in reality, a warehouse usually comprises of a multitude of different sections – manufacturing spaces, loading bays, racking […]

When St John of God Health Care teamed up with SLS to implement a total lighting solution in its hospitals and healthcare centres, no one imagined they would save so much energy by replacing conventional incandescent, halogen and fluorescent lamps […]

NO LONGER IN THE DARK

The Shell Geelong Refinery in Victoria is one of Australia’s largest and most complex hydrocarbon refineries. The Geelong site is part of Shell’s downstream business and refines a variety of crude oils and feedstocks into a range of fuels and […]