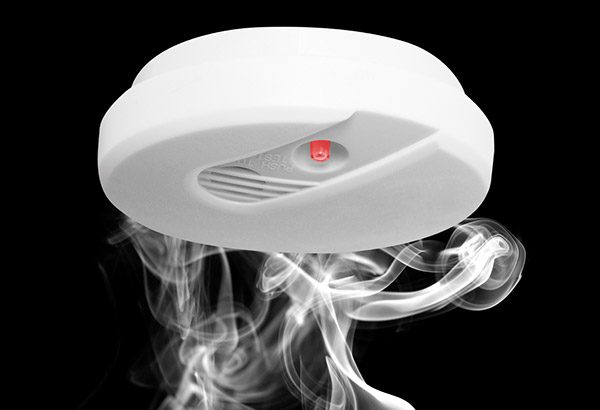 Each year on the first Sunday of April, half of Australia (the southern/eastern states) move their clocks back 1 hour, Lawrence & Hanson promotes the day to all households as a reminder to regularly change smoke alarm batteries and to use a high-quality, long-life battery.

Interconnected photoelectric alarms are the best way to protect your home from a fire, as its ability to detect smoke is much faster than ionization smoke alarms. As time is of the essence, it will give you and your family a better chance of handling or escaping the fire unharmed.

Fire & Rescue NSW is encouraging residents to ReAlarm their homes by replacing old, outdated smoke alarms a with new interconnected alarms in every bedroom, living space (including hallways and stairways) and even the garage in their homes.

“We know the time we ask everyone to change their smoke alarm batteries seems to come around quickly every year, but we can’t emphasize enough the importance of working smoke alarms,” acting deputy chief officer at the MFB Rob Purcell has said. People are four times more likely to die in a house fire when they don’t have a working smoke alarm.

Homeowners should know that legal requirement for every home to have at least one working smoke alarm and unless the battery is changed, only a working smoke detector can save lives. It only takes three minutes for a fire to take hold and fill your home with deadly smoke.

Who can install smoke alarms?
Smoke alarms required to be permanently connected to the mains power supply require a licensed electrician to either connect or disconnect the smoke alarm.

It’s a requirement to maintain smoke alarms. Homeowners need to ensure:
• is in working order;
• is permanently connected to mains power;
• is less than 10 years old, or has not reached its expiry date if one is provided on the alarm; and
• if the use of a battery powered smoke alarm has been approved under the Regulations, the alarm has a 10-year life battery that cannot be removed.

How to maintain smoke alarms
For smoke alarms to remain in working order they should be tested and maintained regularly. The Department of Fire and Emergency Services recommends the following maintenance routine:
• Testing once per month to ensure the battery and the alarm sounder are operating.
• Check the smoke alarm for any build-up of dust and cobwebs and clean with a vacuum cleaner at least every six months.
• Vacuum with a soft brush attachment around the smoke alarm vents.
• Use a surface insect spray around the smoke alarm to prevent insects nesting inside.
• Replacing batteries annually (mains powered smoke alarms generally have back-up batteries).
• Smoke alarms should never be painted.

• Install a photoelectric alarm. They do best at detecting the types of fires which cause death — smouldering fires.
• All smoke alarms installed must meet the requirements of Australian Standard AS 3786.
• Check your smoke alarm every month by pressing the test button with a broom handle.
• Smoke alarms should always be tested with actual canned smoke. Click here to purchase
• Clean your alarm with a vacuum cleaner every six months.
• Depending on your smoke alarm – if it has a removable alkaline battery, replace it every year during daylight savings. If it has a lithium battery, you should replace the entire unit every 10 years.

It’s also critical that all contractors and homeowners are aware of their state or territory laws regarding fire safety and smoke alarms.  Click here to see our full range of smoke detectors available across Australia. Please see your state and territory links below: